So Much To Talk About

This is going to be a long post. First of all, we survived Anabelle's preschool graduation with our hearts still intact! Major accomplishment on our part. She was "Rapunzel" in the skit and did an awesome job on her speaking parts. Jack's class performed a few songs. He was a hoot! He started dancing as soon as his feet hit the stage. He sang and really enjoyed himself. Every minute or so, he would wave and yell hello to us. Russell came through on a wagon. They introduce the babies and send them back for naps. He wasn't sure what was going on, but he looked oh so cute making an entrance. 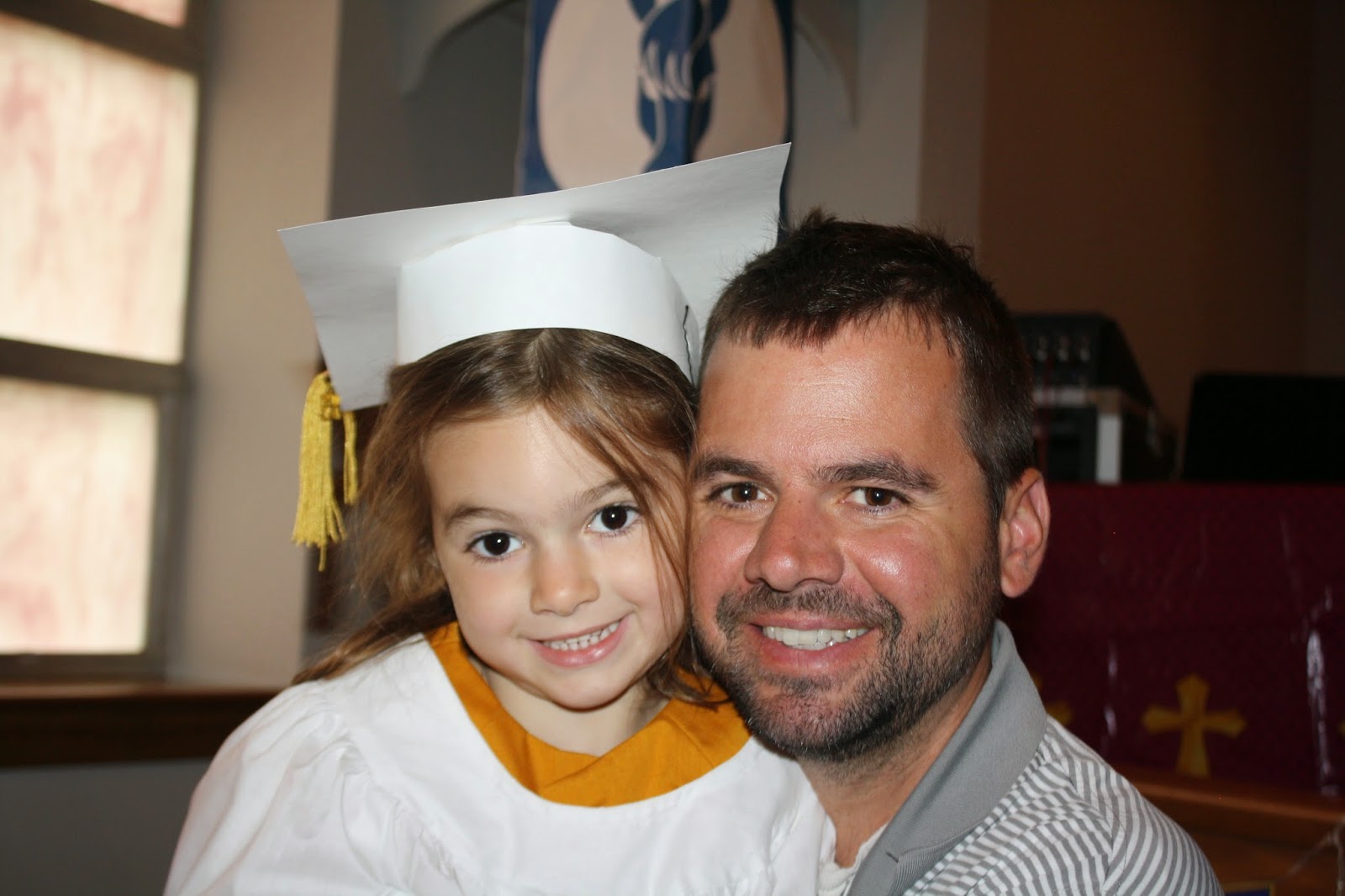 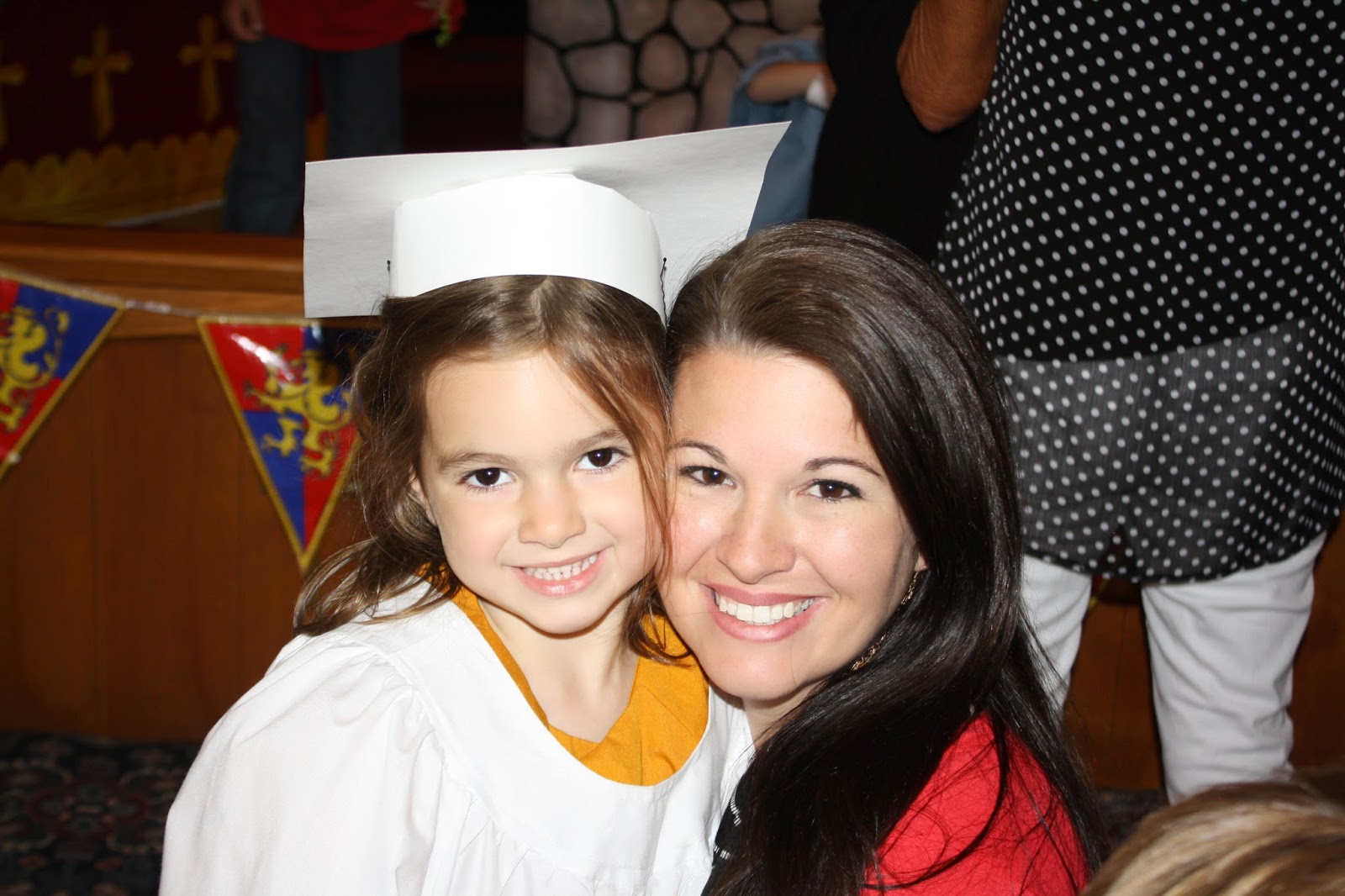 The night of her graduation, we attended a dinner that honored a friend of ours for being a business leader and a leader in the community. The focus of the night was really on the fundraising efforts of the leadership class and their accomplishments. The group of leaders raised money for MULTIPLE SCLEROSIS. As a whole, they raised over $101,000 dollars! Wowzers! Kinda puts our $1400 for the walk to shame:)

Here are some things about the dinner that made me think...

1. I don't like for Josh to see how the disease has progressed in others and the impact it has had on them, but at the same time, we need, want, and really ache sometimes to hear other peoples' stories and the way MS has treated them. Let me clarify that the impact MS has on people is not shameful or something to be embarrassed about or something to hide. MS can be cruel, and it doesn't pick and choose. Sometimes, we tend to compare ourselves to others who have the disease. This can be tricky... no two cases of MS are alike. Also, things have changed so rapidly over the years... this really impacts data and numbers, and presentations of MS. Josh tends to compare himself to others which really vamps up the what ifs and oh crap- I am next feelings. I guess I just want to shield him from anything that will cause him hurt, pain, depression, or anything to cause him to fear his future. I am never going to accomplish this, but it would definitely be on my list of super powers to have. In fact, in our Sunday School lesson we had to list things we strive to be perfect in. I guess I should add this to my list.

2. The guest speaker was great. His name is Heath Campbell. I think Josh took away a great deal from his message. Some of his details of his experience with MS were scary, though.At one point, MS took him from being the best at his profession to being the worst and eventually caused him to be laid off. (He is happily employed now:) At the same time, his speech and story were realistic, which I think is very important. He has overcome so much adversity and really has a beautiful outlook and attitude about his life and the way he chooses to live. He and Josh exchanged numbers and plan on meeting up for lunch. They both see the same doctor, and I truly feel Josh could benefit from a friendship with him.

3. When they introduced some of the members of the leadership class of Birmingham for the 2014 year, It was interesting listening to their tons and tons of activities, involvements, and accomplishments. (These were read when the members came to the front to receive their award.) I really wanted to say to some of them... So, what do you actually do? I am not saying this mean, I just think sometimes we all (myself included) try to impress so many with so much that we don't focus on one thing to make it great. On the flip side, it is great for those members to have accomplished so much. And seriously, I am thankful for their fundraising efforts. Truly grateful...

4. Josh took the lead on talking about his MS with others. When my friend Megan introduced us to others at our table, she just said these are our friends from Sunday School, not these are our friends and he has MS. I think Josh really appreciated that. It gave him an opportunity to own his MS and introduce it on his time. I am trying to be considerate of how and when he shares that he has MS. I shouldn't be the one taking over that conversation.

5. We were told again, by someone older who has MS, that this was a great time to have it. We have been told this A LOT. A fellow blogger commented not long ago that she has been told this, too. This is a tough statement. Last night, I think I came to terms with it. I tried to look at that statement through the eyes of someone who was diagnosed in the past when there were not a lot of options. For many of them, their cases might be too far progressed to do much for them or they have suffered when there weren't many drugs available to help ease the pain of their symptoms. So, looking through the eyes of people with MS who have dealt with it for years or even for a short while, I get it. I get the statement, and I will try to always understand and be grateful for how far the treatments have come. Josh is lucky to have a med that works for him and for the most part, keeps his MS at bay. I will take that statement as a reminder to be grateful for the choices we have today that help make our future look so positive.

4. I cried. Actually, I kinda ugly cried. The speaker choked up, and well, that was all it took for me. I also cried because I was sitting in a room with a random group of people because my husband has MS. And just when I thought I was done crying, I would look at Josh. I would look at others in wheelchairs, whom MS had stripped the ability to walk from. I would look at the screen and see pictures of the speaker with his 3 daughters, and I could easily insert our pictures of our family in and the story would be about us. And just like that, I completely ugly cried at our table. Thank goodness for long hair. I was able to hide it just a bit.

5. On a lighter note, Josh and I should really get out more. (and dress-up) When we left the house, Jack asked if we were on our way to get married again. The little guy is just so sweet...

This week will be crazy busy... graduation at my school, soccer, Uncle Will is coming (WHOO HOO!!) God help him to handle our 3 kids during my outpatient procedure:), and preschool is winding down.

Oh. My. Gosh. I left out the best part of the weekend. Our crazy cat Puddles brought Josh and I a chipmunk that was still alive. Josh opened the front door and immediately shut it. All I hear is "LORI! Look what the cat did." I was confused and opened the door and just shut it right back. The last thing we need is her bringing in a live chipmunk and that sucker getting in my house. Seriously, it freaked me out! I chased her around the yard with a broomstick with 2 kids chasing me screaming at Puddles to drop the chipmunk. I am sure the neighbors got a kick out of this. During the chase, the basset hound (who is almost completely blind) joined in, but couldn't seem to follow the trail we were taking. The chipmunk eventually got away. I kind of felt guilty for not praising Puddles for catching something she stalked for over an hour. I guess I was torn between the cute chipmunk and my cat's pride:)

Pictures from the weekend... 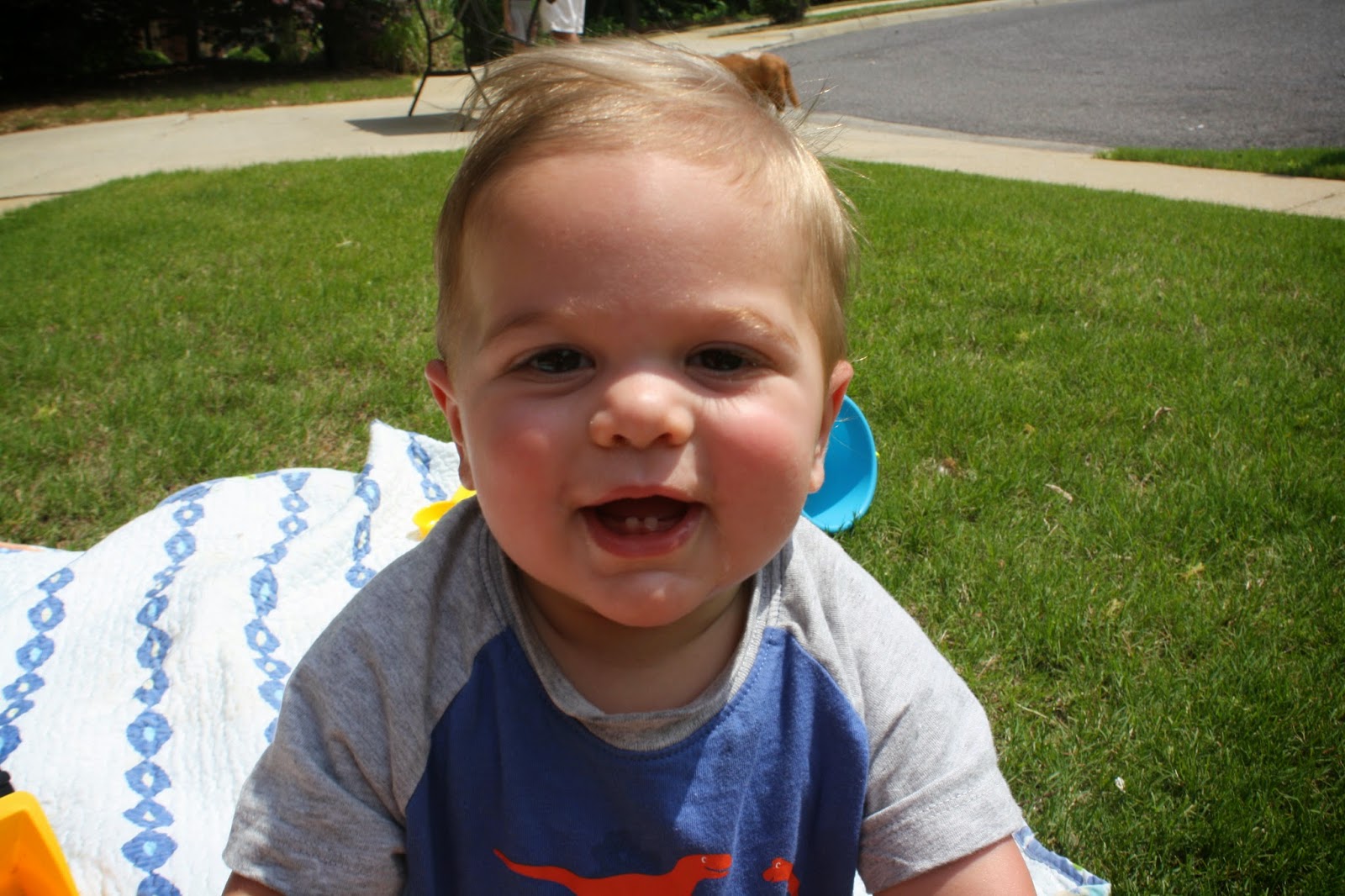 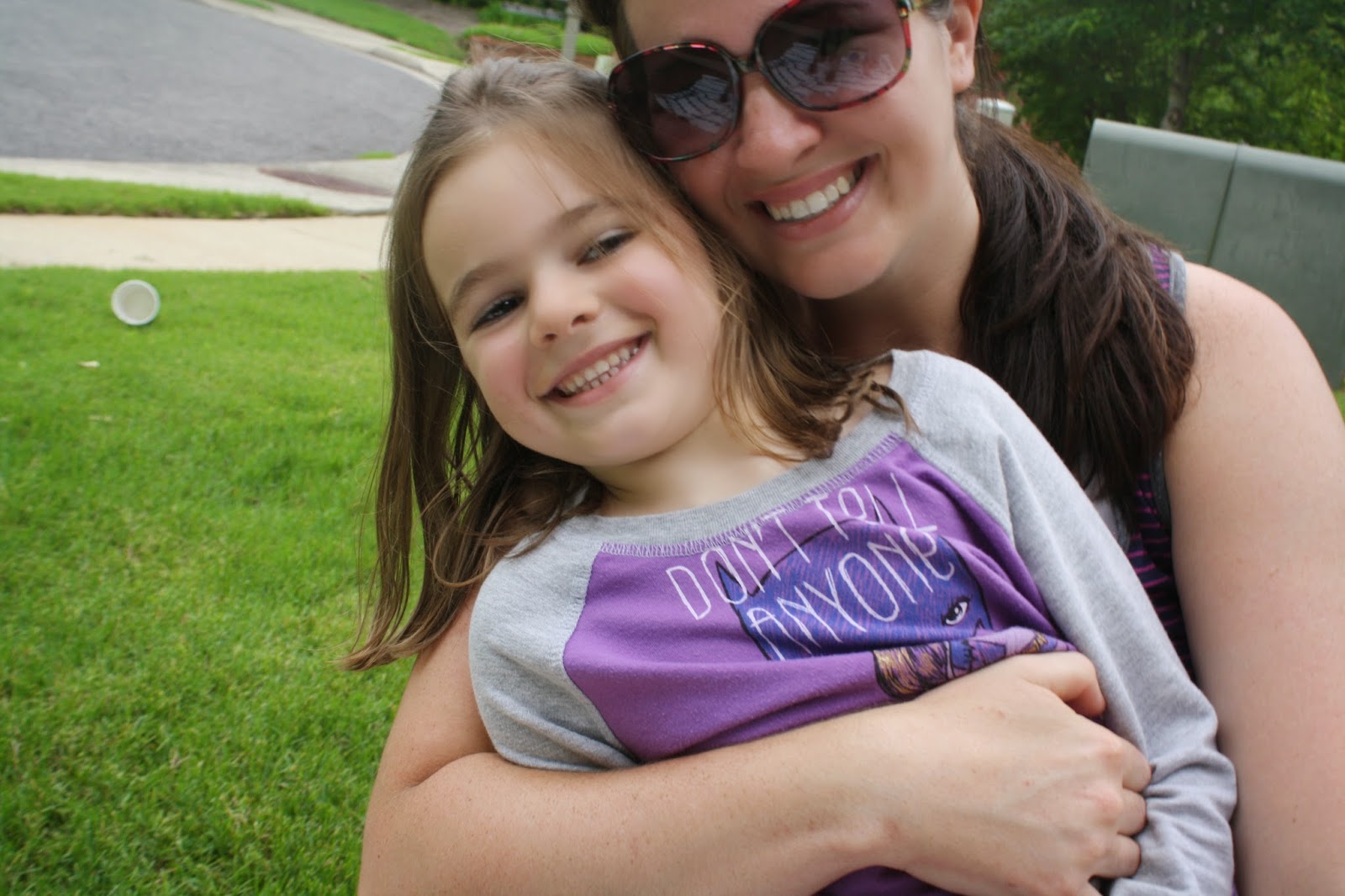 Lori
We are a crazy family of five! We have 3 kids under 5 and recently purchased a minivan... What can I say? Just living the American dream!